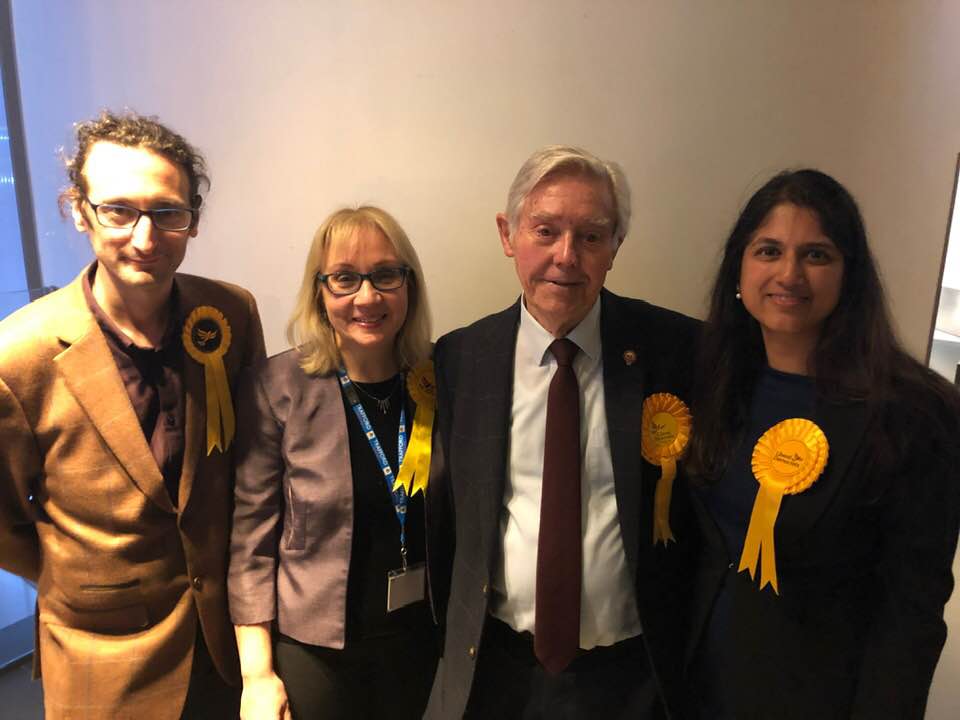 She takes over from respected local Cllr Ray Bowker MBE, following his many years of dedicated service, with the support of the local party.

"I speak on behalf of the Trafford Liberal Democrat Party in congratulating Councillor Jane Brophy on her election as our new Group Leader, and in thanking Councillor Ray Bowker for his long service in that role.

Following our very encouraging results in the recent local elections, I look forward to our local Party, working as a team with our Liberal Democrat Councillors.

And under Jane Brophy's leadership in the Council, building on that success in the months and years to come."

“I am honoured by the support of our new Trafford Lib Dem Group.

The Liberal Democrats are building strong foundations both locally and nationally.

We will put forward our policies that demand better for our environment, for local services and for a secure future for our children and young people.

We will work hard on behalf of all Trafford residents, and demand better for everybody.”