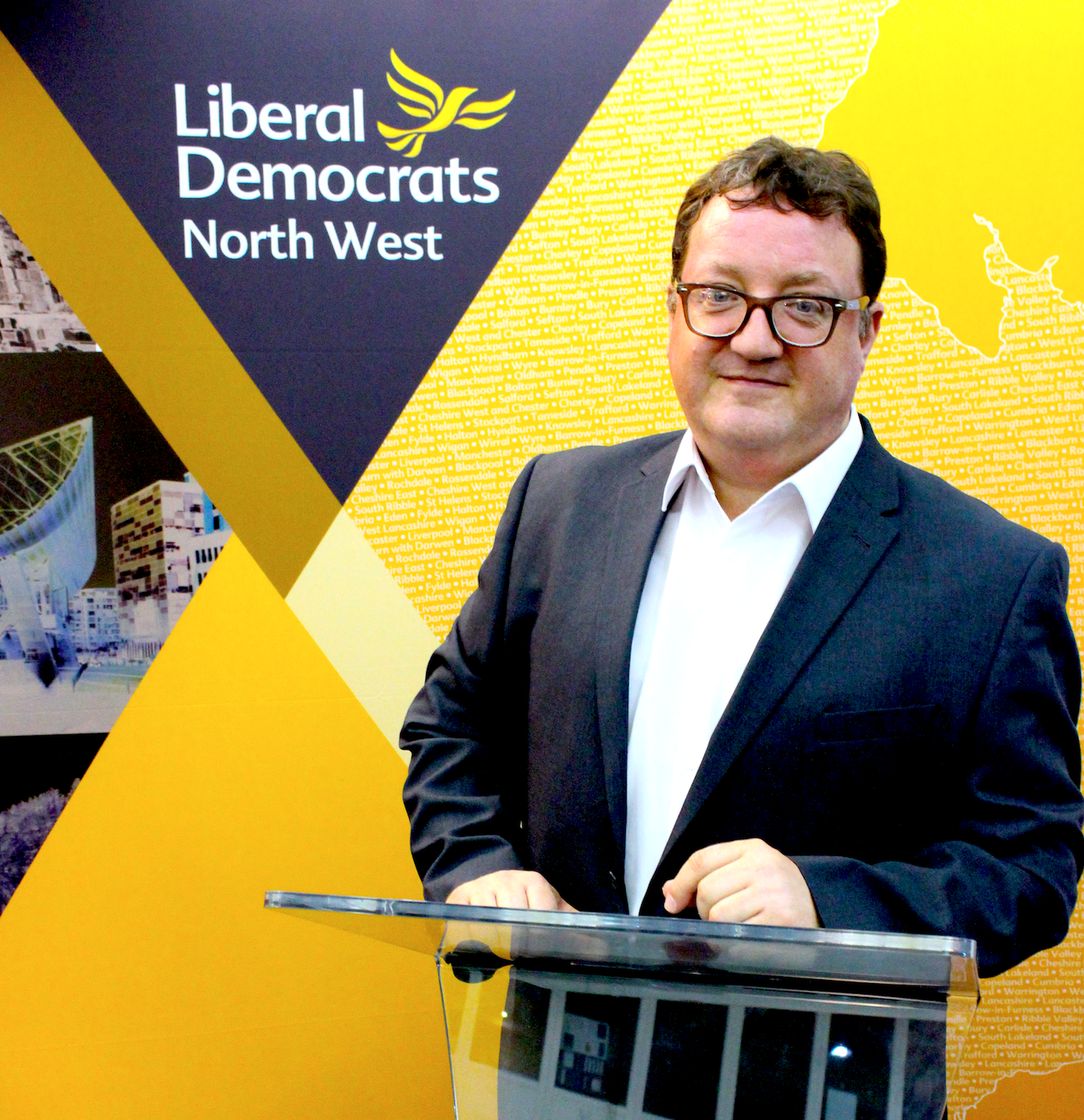 Andy, a former senior youth worker, was born and raised in Rochdale and represents
his local community as ward councillor in the Milnrow and Newhey area of the town.
He has campaigned for a councillor pay cut to save £400k to plough into the borough's
struggling market. The Liberal Democrats led by Kelly in Rochdale asked councillors
from all parties to support the cut of their own allowances as part of a plan to generate
£400,000 savings that could be ploughed into Rochdale's struggling market.
Andy Kelly stands on a revoke article 50 platform. Stating his anger with the two
mainstream parties:

“The Tories are playing parlour games with people’s lives and Labour are betraying
those they profess to represent - we know it will be the working classes who will bare
most of the pain. Greater Manchester voters deserve better representation, we need
someone who is not afraid to be frank about our future.”

This year the Liberal Democrats made huge gains in the local elections, with 700+ gains
nationally - the party’s best local election results. Many of these gains were in the
Greater Manchester region. Three weeks later the Liberal Democrats gained two
members of European parliament in the North West as voters turned away from both
Labour and the Conservatives. A trend mirrored in the European elections where the
North West elected two Lib Dem MEPs.

Following on from an upturn in the opinion polls and a recent parliamentary by-election
win, the Liberal Democrats are in a strong position to take on both Labour and the
Tories across Greater Manchester heading into 2020.
There is a homelessness crisis across the region, Andy Kelly connects the homeless
crisis with the housing crisis, citing the failures of local and national government to build
enough houses.

This echoes the summation from many housing NGOs, such as Shelter and the Greater
Manchester homeless network.

“As the Mayor for Greater Manchester I would take on the developers and urge local
councils to address the housing crisis with real solutions, not by chucking up some
houses where Burnham and his team never go - although he is more than welcome to
come and visit Rochdale.”

Cllr Kelly continues: “We don’t have genuine affordable living in most parts of Greater
Manchester, and where we may have some, it lacks the infrastructure for people to
prosper. People of all generations are being priced out of their own communities
and this has resulted in destitution. We need a Liberal Mayor who can tackle the
homeless crisis with compassion, not fancy slogans.”

Andy Kelly is known in his community as a veteran rock star and celebrity quizzer.
Often referred to as ‘Andy Kelly- Man on the Telly’. Passionate about musical theatre
and bass guitarist in an Irish band. Andy Kelly frequently tours the pubs of his
hometown playing and singing in the band The Scattering.

Andy Kelly feels a responsibility to represent people like him, as a community
figurehead he is concerned that voter’s voices are dismissed, stepping away
from identikit style politics.

Jo Swinson, the recently elected leader of the Liberal Democrats welcomes his
selection:

“I’m thrilled to see Andy Kelly selected for the Metro Mayor election for
Greater Manchester, his no-nonsense approach to Brexit will be welcomed by the
people of the region. His passion, warm-humour and endless enthusiasm knows no
bars and I look forward to seeing the fruits of his 2020 campaign.”