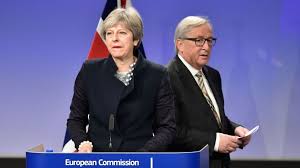 Responding to the news a Brexit deal has been agreed by Theresa May and the EU in Brussels this morning, Liberal Democrat Leader Vince Cable said:

"This agreement is welcome as it reduces the risk of a catastrophic No Deal Brexit. It also includes a role for the EU Court of Justice for eight years, a notable concession.

"But how long will this deal last before it is torn apart by Theresa May's own MPs? And what will happen next, seeing as the Cabinet hasn't even discussed yet what the final Brexit outcome should look like?

"There are still two opposing views in government, those who want a close arrangement with the EU and those who want to tear apart decades of work building ties with our closest trading partner.

"And there is still no solution over how to prevent a border between Ireland and Northern Ireland. The biggest obstacle to the government's Brexit plans is being kicked into the long grass.

"The government is still a long way from a final deal, and even further from delivering on what the Brexiters promised.

"At the end of this process it is the British people, not Tory MPs and the DUP, who should get to decide whether the deal is good enough."

Locally here in Trafford, campaigner Simon Lepori stated ''it is ridiculous, the circus is in town but there is no ring master. Even here in Trafford there is no plan from our Conservative controlled council for Brexit and the many affects it could have on jobs and livelihoods.''