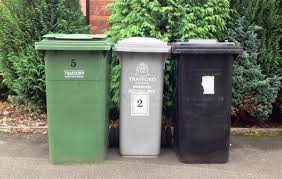 During the 2018 Local Elections, Trafford Liberal Democrats campaigned to get the hated Green Bin Tax scrapped.

Following the elections no party had a majority in the Council chamber, and as part of the Confidence and Supply Agreement, Trafford Liberal Democrats demanded as a Red Line that the Green Bin Tax would be thrown out and scrapped.

Today as part of the local budget negotiations it was agreed that the Green Bin Tax will be scrapped.

Cllr Jane Brophy said ''This shows the influence we have had at the Council over the past year, enabling us to enact one of our key election pledges, and holding Labour to account for their promises during negotiations last May for our party's support''.