How will 'Brexit' affect our community?

That of course, is a good question. The trouble is nobody knows the answer! Another Tory fiasco! 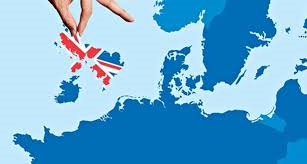 That of course, is a very good question. The trouble is - nobody knows the answer!

Everybody can agree that, voting for a departure is not the same as voting for a destination. The British people deserve to know what comes next. Labour cannot be trusted to do their job as the opposition. The Liberal Democrats will hold Theresa May's Government to account over Brexit, expose the lies that Conservatives told during the referendum and make sure any deal done is good for Britain. Liberal Democrat leader, Tim Farron says, ''Lib Dems will fight to stay in the single market.''

Trafford voted 57.7% to remain in Europe, but the Conservative and Labour parties are split on the UK's relationship with our fellow Europeans. Only the Liberal Democrats are united in the support of the European ideal.

We will campaign to stay in the single market. We know how much this matters to Trafford residents. There are jobs here that depend upon our relationship with Europe; and there are infrastructure projects in Greater Manchester that rely on European funding. We will do our best to protect these jobs and projects.

Cross-European science co-operation must be protected

'Brexit' is potentially a disaster for British science and research, and a shambles for so many projects that would have brought us a better future.

Many scientific projects depend on European funding and co-operation. The Liberal Democrats are fighting back with a petition to safeguard our science research funding from the Brexit blow. Please help and sign today Save Science.