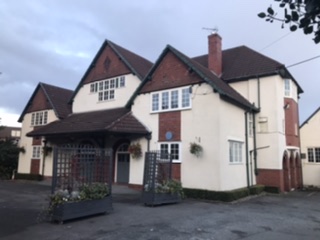 We are deeply disappointed that HM Government has chosen not to support the Bowdon Rooms with any money from either of the first two tranches of the £1.57bn Culture Recovery Fund (CRF).

The Bowdon Rooms have provided a vital community service from the heart of Bowdon for 120 years. The Arts & Crafts building is the only performing arts venue in Bowdon and one of the handful of remaining civic spaces in the Altrincham area.

Much more than just a first-class performance venue, the Rooms also provide 69 local community arts groups with a base.

In London, the South and even Manchester, many organisations and venues are benefiting from the Fund. But in Altrincham & Sale West, just ONE arts company is slated to receive this vital funding.

It is right that the CRF recognises the vital contributions arts and culture organisations make, not only to our national economy and exports but also to our mental health, education and welfare. However, it is a matter of real concern that a valued community resource and previously thriving business such as the Bowdon Rooms has been overlooked, despite making a serious application.

We urge you to work with the Bowdon Rooms’ leaseholders to assist them in making a successful application for the next round of funding.