Trafford Liberal Democrats will propose the motion demanding a People's Vote on the EU withdrawal deal with Remain on the ballot, and demand the council prepare for a No Deal outcome with impact assessments. 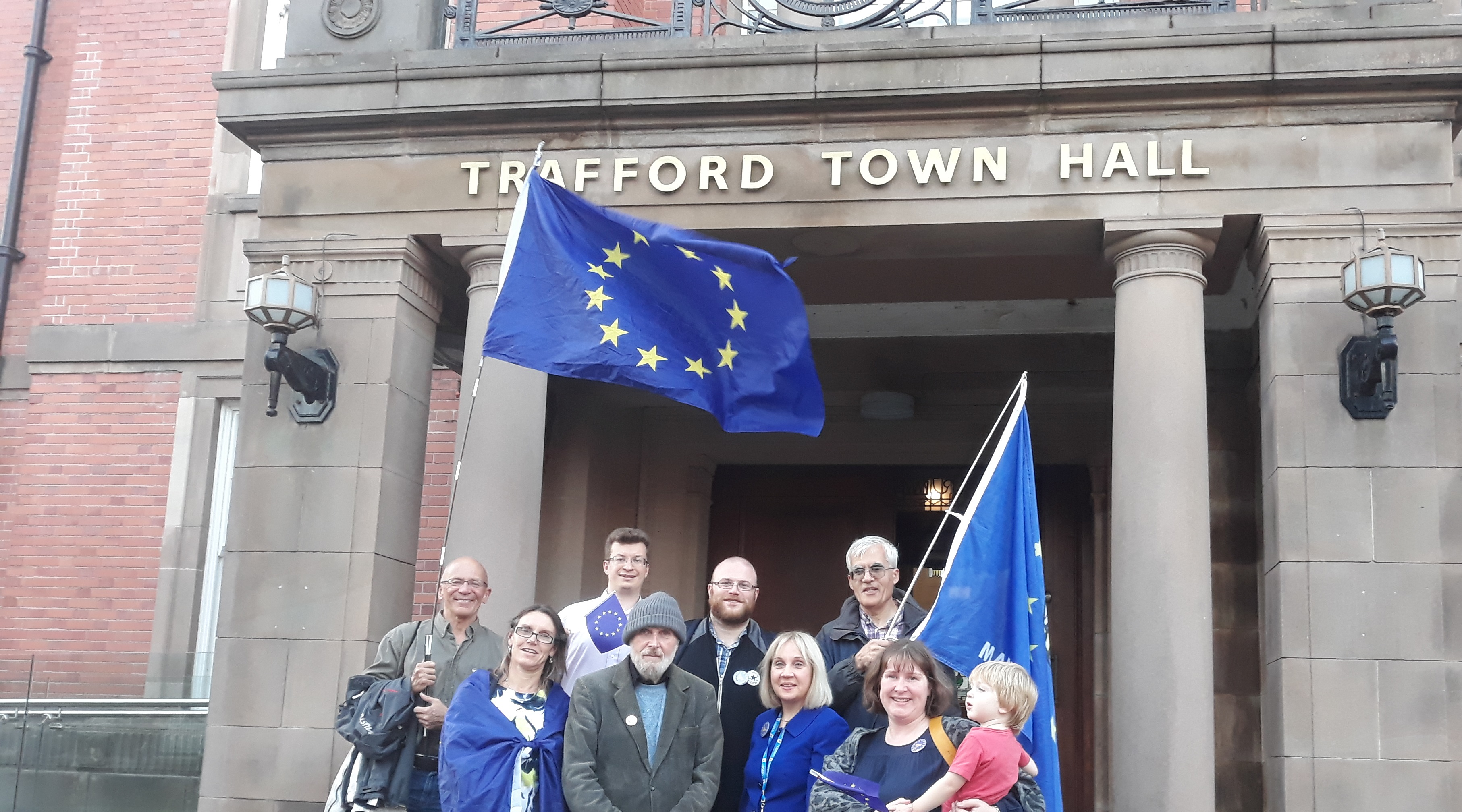 Councillor Jane Brophy will personally propose the motion on behalf of Trafford Liberal Democrats with the support of the Trafford Green Party.

In her speech to Trafford's Full Council, proposing the motion, Jane Brophy will say:

"Major companies have offered stark warnings about the impact of Brexit on British jobs and our economy as our Government publishes the contingency advice of no-deal. No-deal could result in catastrophic damage to jobs, the economy, our environmental and livelihoods. Our capacity to deliver services as local authority, especially in health and social care, would be severely impacted by a no-deal Brexit."

"It is our job to promote a bright future for all our young people. Are councillors in this chamber comfortable sitting back, knowing that Brexit will cause a massive economic slowdown... just as those who were too young to vote in 2016 hit the job market, or start the final stages of their education?"

We have unconfirmed reports that Council Leader has given his Labour Group a free vote on the issue, and after this week's meltdown over the issue at their conference in Liverpool, who could blame him!

The Conservative group is expected to vote against Trafford's future prosperity by rejecting the call for a People's Vote, putting them at odds with the rising tide of Trafford residents who want a say on the deal, with many wanting to remain in the EU.

Update: Motion Passed 33 for 30 against