Train Chaos for Commuters along the Warrington to Manchester Train Line 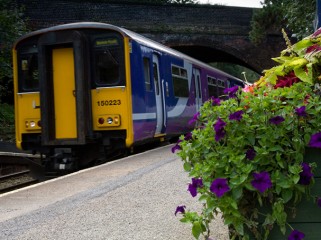 During this past week (9/10-13/10) the commuters of North Trafford have been dealt an insulting blow to their daily journeys. Normally during peak hours the commuters from the north of our borough near Chassen Road, Flixton, Urmston, Humphrey Park and Trafford Park stations could expect 4 carriages for their journeys, this has now been reduced to 2 carriages.

A Northern rail statement stated that this will continue into the New Year, as a result of repair and restructuring work along the rail line. This wasn't advertised to the commuters or wider public and through this week we have seen dangerous overcrowding of our local stopping services in North Trafford, highlighted during a BBC Northwest Tonight report from 12th October 2017.

Trafford Liberal Democrats are calling on Northern Rail to reinstate the 4 carriages during peak hours and to look at the future use and safety of the vital stations in North Trafford.

We also call on the Department of Transport and the Greater Manchester Mayor to intervene before a serious incident occurs along the line.